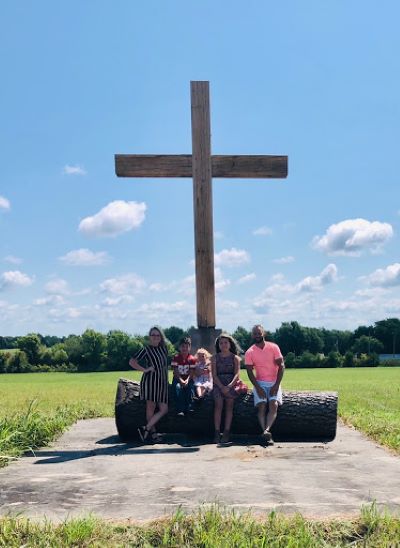 As a husband and father to several young children, Nathan Berg knew he needed a change from his life as a petroleum engineer in Tulsa after recovering from a successful brain surgery.

“I was done chasing drilling rigs,” Berg said. “I wanted to be home more.”

Berg found that opportunity for change in Montgomery County, with Berg Reinvigorations, the business he started after moving to Coffeyville over two years ago. The company sells responsibly harvested and locally grown domestic softwoods and hardwoods. They harvest the wood, mill and dry it in house, with a computer-aided and natural gas-fired dehumidification and vacuum kilns. They have a broad range of customers, from cabinet-makers all the way up to construction companies seeking 16-inch diameter heavy framing timbers. As the COVID-19 crisis progressed, they increasingly focused on drying local hardwoods for other sawmills, along with some softwoods from as far away as Washington state.

Although he and his family had been living in Bartlesville prior to starting Berg Renivigorations, his job as a petroleum engineer had him constantly on the road. One day while on the job, he had a tachycardia heart episode that nearly took his life. In the process of running tests, doctors found a brain tumor. After monitoring it for a few years and consulting with the Mayo Clinic in Rochester, Minnesota and Baylor St. Luke’s in Houston, he had successful brain surgeries in Houston and successful heart surgery in Rochester that enabled him to make a full recovery. The experience led him to look for something different.

So they looked into opportunities around Berg’s hometown of Independence. He had grown up with woodworking and construction, with a father in home construction and a step-father in masonry. 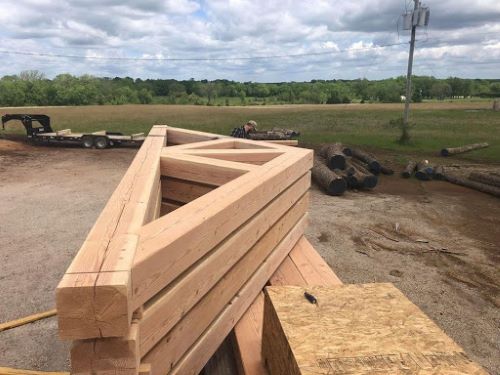 “We stumbled across this Coffeyville property in January 2019 and that's how Berg Reinvigorations began,” he said. “It felt a little like it was meant to be, because the last four numbers of my cell are the building’s street address and my stepdad laid the block for the foundation nearly 35 years ago.”

Berg enjoys the art of timber framing and constructing homes or barns designed to last more than a hundred years.

“I really like working with the heavy timber,” he said. “I guess it is in my genes.”

Berg said county support from organizations like the Montgomery County Action Council (MCAC) was invaluable to him, as they proactively seek to help small businesses. MCAC helped him through the process of applying for an Economic Development Exemption Grant, which allows qualifying companies an exemption on real and personal property tax for a period of up to ten years.

“MCAC put me in touch with agencies that could offer small business assistance and was instrumental in helping me add workforce,” he said. “I learned that Montgomery County values small businesses, because they are the ones who will put down roots and provide jobs long after that grant assistance expires.”

Today, years removed from brain surgery and starting his business, Berg could not be happier with their move back to Montgomery County. After living in bigger cities like Denver, Kansas City and Tulsa, the smaller town living has been, well, reinvigorating.

“We’re thankful for the freedom our kids have to be kids,” he said. “We thought it may be a sacrifice at first, but it has been the best move we could have asked for.”

Their three children attend school nearby their business and can take a short bus ride then walk over when school lets out. Their oldest child, an 11-year old daughter, is more like Berg’s wife, with strong artistic and designer skills. The other two seem to be developing their construction skills, as the youngest, a four-year-old daughter, designs dog houses on her tablet, while the middle child, a nine-year-old son, begs to stay at the sawmill with dad.

“He does anything I ask, like sweep the floors or help with some of the minor construction and is already able to run some of the equipment,” he said. “I guess they have the building genes too.”

Reflecting back on the change, Berg would recommend doing the same for others looking to start a business in Montgomery County.

“Opportunities are here,” he said. “There are few places in the country where you can find good properties and sites for a fair value, along with a very capable workforce.”

First Person: Understanding and Investing in Current and Future Talent

Feb 3 2021
AD: Can you define people analytics for our readers? Williams: People analytics is described as the method of analytics which can support leaders as they make decisions about their employees and workforce. This method applies statistics, technology, and expertise to large sets of HR data, which should result in better business and managemen...Continue Reading

Feb 3 2021
AD: How has COVID-19 changed the employee experience in manufacturing, and what facets of this should organizations retain going forward? Zenk: Since the start of the COVID-19 pandemic, employees have been experiencing a drastically different work environment. Thousands of manufacturers across the U.S. and around the world were deemed essential during the pandemic...Continue Reading
Add to Report View Custom Report