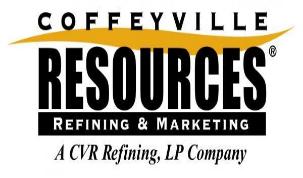 Coffeyville Resources Refining & Marketing operates a complex full coking refinery that processes moderately heavy, medium sulfur crude oil. The refinery, built in 1906 by National Refining Company, which was the second largest oil company in the United States at the time, has a rated capacity of 115,000 barrels per calendar day, predominantly produces clean transportation products such as gasoline, diesel fuels and propane.

Situated approximately 100 miles from Cushing, OK, which is one of the largest crude oil trading and storage hubs in the United States, the refinery is served by numerous pipelines, including those from Canada.

The gasoline, diesel fuel, and natural gas liquids produced at the refinery are distributed through Magellan’s Central and Mountain pipelines and NuStar LP pipelines. Gasoline and diesel fuel are also sold at our truck loading racks at the refinery.