SOYBEAN PROCESSING CENTER NEAR CHERRYVALE PROJECTED TO IMPROVE REGION'S FARM ECONOMY; RIPPLE EFFECTS TO SPREAD THROUGH MULTIPLE AREAS; 50 NEW JOBS TO BE CREATED WHEN FACILITY IS OPENED IN 2024

CHERRYVALE — An undeveloped area south of Cherryvale is being eyed as a soybean processing center that local and agricultural officials believe will deliver dramatic ripple effects on the region’s farm economy.

On Tuesday, plans were formally announced by Kansas City-based Bartlett Grain to construct a soybean processing center on a 310-acre parcel near the south intersection of U.S. 169 and 160 highways. This acreage is located immediately south of the Republic Services landfill south of Cherryvale.

Bartlett Grain intends to transform the acreage into one of the midwest’s largest soybean processing centers. The facility will convert raw soybeans into soybean meal for livestock feed and renewable oil that for a variety of fuel purposes.

Construction on the mammoth Bartlett Grain facility is slated to start in 2022, with operations beginning in early 2024.

The scale of the project is anticipated to turn heads across the region because of what it will entail . . . and how it will change the landscape. The soybean processing center will have the capability of processing 38.5 million bushels per year, or 110,000 bushels per day. There will be on-site grain storage for 4 million bushels, which will be fed by a four-mile loop of rail that will have the capability of holding more than 320 grain hopper rail cars at any given time.

The company projects to have 50 permanent jobs at the soybean processing center with incomes that are 130 percent above the average wage in Montgomery County, said William Webster, Bartlett Grain executive vice president.

The property’s proximity to two major forms of transportation was among the chief reasons Bartlett Grain chose Montgomery County for its new center. The property is now bordered on the east by the South Kansas and Oklahoma Railroad, which is a short-line rail service for southeast Kansas and northeast Oklahoma with direct access to the Port of Catoosa. Additionally, the South Kansas and Oklahoma Railroad has direct ties to three class I rail corporations: the Kansas City Southern, the Union Pacific and the Burlington Northern Santa Fe.

Webster said the direct connections to those three rail companies via one short-line service was an attractive component of those project. The South Kansas and Oklahoma Railroad, which is based in Cherryvale, is owned by Watco, Inc., of Pittsburg, which has a long history of shipping and transport with Bartlett Grain.

“When you look at a map and see the grouping of highways and railroads for this region, it all comes together in this one spot in Montgomery County,” said Webster.

Another reason for Bartlett Grain’s expansion in southeast Kansas involves the growth of soybean production in the region. Duncan Wilson, a grain researcher and forecaster for Bartlett Grain, said soybean production has grown by as much as 80 percent in the southeast Kansas region over the past decade. The region now produces about 30 million bushels of soybeans annually, which follows the soybean demand globally.

Why has soy became a dominant crop for southeast Kansas? Wilson said soybean demand across the world has grown as the middle-class population continues to expand. With more middle-class people having incomes to buy meat, soybeans are needed to feed livestock to keep up with those protein demands.

Will local farmers benefit from the development of a soybean processing center in southeast Kansas? The attractiveness of the Bartlett Grain project is that all farmers in the region could expect to gain from this center.

Webster said case studies, including one conducted in Iowa, showed that the cost per bushel of soybean was anywhere from 20 to 30 cents higher near a processing center than those areas of a state that do not have access to a processing facility.

And, Wilson, the Bartlett grain forecaster, said local farmers will quickly realize the impact that a soybean processing center will have locally.

“Grain elevators in this region will be our primary customers, which will be a benefit to those elevator owner and the farmers who supply them,” said Wilson. “But, it’s foreseeable that soybeans producers will have added incentive to buy more fertilizers from local suppliers. They will need more crop supports and insurance. They will need access to more equipment from implement dealers. They will need more hands at harvest time. In the end you could see a situation for more farm stores in your communities. It’s a win-win-win for everyone — no matter which perspective you will have.”

Not only does the regional farm economy stand to gain from the project, but the state’s agricultural economy will also have further clout, said Trish Purdon, director of the Kansas Department of Commerce’s Office of Rural Prosperity, which had a hand in the development of the Bartlett Grain project’s development.

“This project fits within our state economy. It fits our local and regional farmers. It is an existing relationship with a local industry,” said Purdon, noting that Bartlett Grain has a milling site in Coffeyville.

Purdon said Tuesday’s announcement of the Bartlett Grain project, which will have an estimated private investment of up to $325 million, brings the total capital investment by private companies in Kansas to more than $3 billion since January 1.

Webster said the Bartlett Grain project is the single-largest development of a grain facility in the company’s almost 115-year history. Bartlett has grain facilities elsewhere in Kansas, including Wichita, Great Bend, Scott City, Healy, Atchison, Kansas City and Coffeyville. The Coffeyville milling site will not be impacted by the development of the soybean processing center south of Cherryvale, Webster said.

Tuesday’s announcement of the Bartlett Grain project occurred during a public hearing of the Montgomery County Commission, which was tasked with issuing $325 million in industrial revenue bonds for the project. The county commission gave unanimous consent toward those bonds after hearing from company officials at the meeting.

“This is a win-win situation for Montgomery County and our economy,” said commissioner Mike Cordray of Coffeyville.

Commission chairman Robert Bever also expressed enthusiasm for the project, noting it will create jobs, enhance the farm economy, and bring more development to the county.

Additionally, Bartlett Grain will continue to operate its Coffeyville milling site without interruption.

In return for paying off those bonds, Bartlett Grain will receive several major tax incentives, including a 10-year property tax abatement, plus a sales tax exemption for the purchase of materials used in the construction of the facility.

After 10 years, the company’s property value is added to the local tax rolls, which will dramatically change the county’s tax base for the better, said Jim Kelly, interim director of the Montgomery County Action Council.

“It is a rare opportunity for Montgomery County to have a win-win in multiple ways, but this is one of those projects,” said Kelly.

National Write a Business Plan Month: Some useful tips on writing a business plan for your enterprise

Dec 17 2021
In the Montgomery County Action Council,  entrepreneurs and business owners are crucial to our thriving community and economy. The mission here is to maintain good relationships and communication with the business community. Advice and technical assistance are offered, in order to help companies problem-solve to optimize their chances for succes...Continue Reading 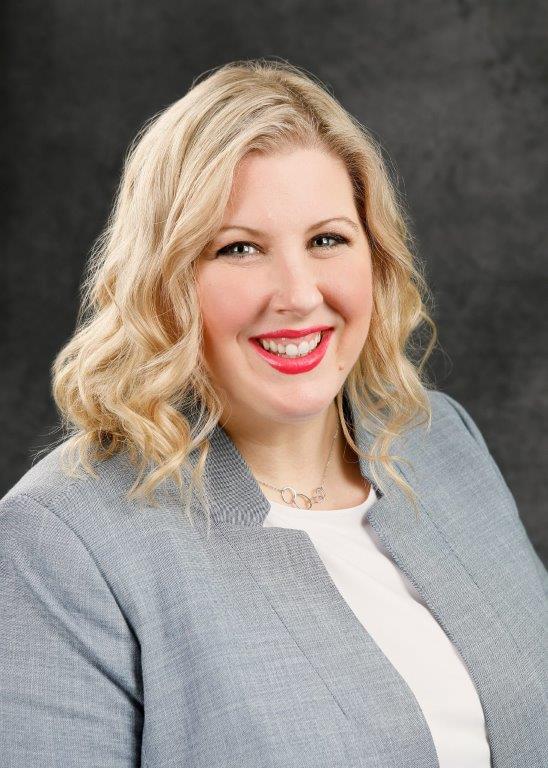 Dec 14 2021
As Executive Director at the Montgomery County Action Council (MCAC), Trisha Purdon lived and worked in Montgomery County. When she left that role in May 2021 to be the Director of the Kansas Office of Rural Prosperity (ORP) at the Kansas Department of Commerce, she knew her focus would switc...Continue Reading 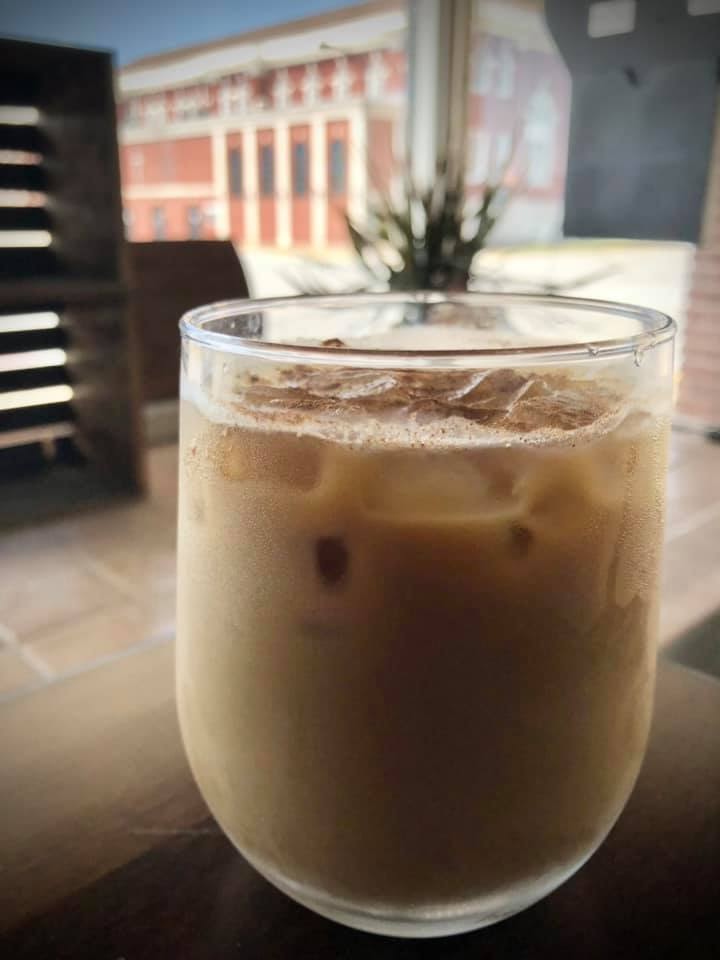 A Place for All in Montgomery County

Sep 29 2021
If there was a perfect business for Coffeyville, Kansas, it would be, well, coffee. As Matthew Frech considered opening a coffee shop in the town, he was thinking in a bit more deeper terms. “We wanted to create a gathering place where people could be creative and grow in their persona...Continue Reading
Add to Report View Custom Report